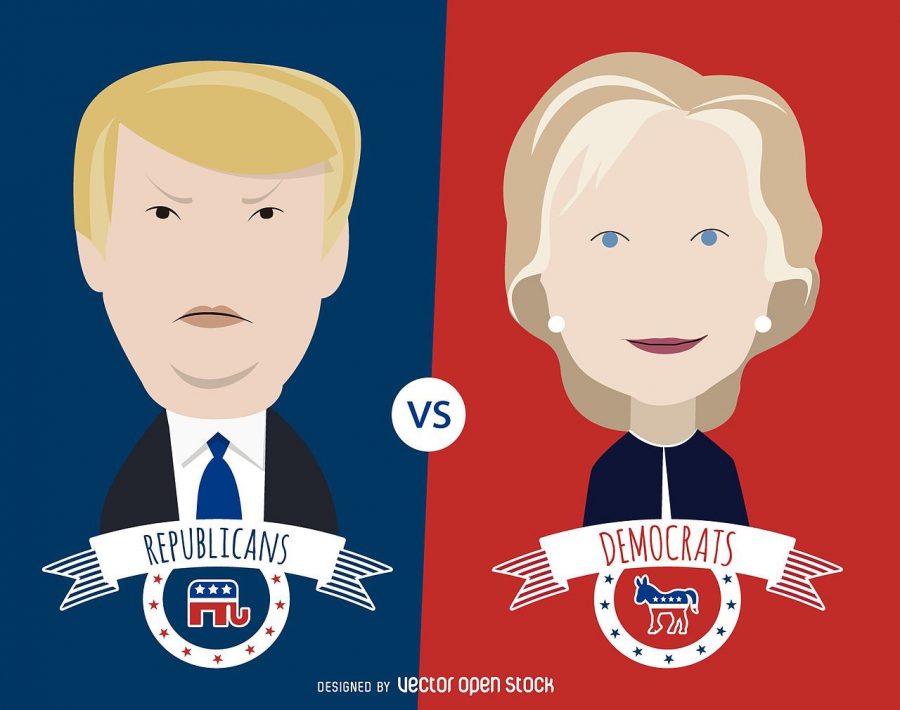 Deciphering the Election: A Crash Course in Less Than 600 Words

With Election Day fast approaching, the questions still remain: Who should receive your approval? Are the candidates as bad as the news says they are? Should I even vote?

That’s what I am here for. Below is a quick review of each candidate’s past, and their current standing. With this being a brief “crash course,” their opinions on specific issues have been omitted.

In the originally muddled battlefield of candidates, only two remain, four if you would like to count third party candidates Gary Johnson and Jill Stein, of the Libertarian and Green parties, respectively. While there may be four, only two warrant serious consideration: Democrat Hillary Clinton and Republican Donald Trump, for they are the two leading candidates by a commanding margin.

After defeating Bernie Sanders to win the Democratic nomination, Hillary Clinton hopes to become the first female President of the United States. Her campaign is built on her experience, as she has served as senator for eight years and was eventually appointed and served as Secretary of State for eight years, after losing the Democratic Presidential nomination to Barack Obama in 2008. Clinton, however, is not as perfect as her experience may indicate. Her candidacy is mired in controversy, as she allegedly sent multiple emails containing confidential information on her private server. She was not indicted for this incident, and currently holds a commanding lead over her main opponent, Donald Trump.

The story of Mr. Trump’s campaign has been more about harming himself with his own comments than Clinton promoting herself. Trump has been heavily criticized for his xenophobic remarks on some of the most hotly debated topics, such as the Syrian refugee crisis and the handling of undocumented persons in the United States. While these comments have plagued his campaign, his past, which includes a lead role in a television show and a real estate business, has been used by Trump to his advantage. He has used them as evidence of his ability to prosper economically, for his many ventures as well as family ties have yielded him a vast fortune. He claims this personal prosperity could translate on a national scale. Many controversies surround Trump’s campaign, namely the multiple sexual assaults he has allegedly committed, and his tendency to personally attack those who do not agree with him.

The debates held between the two candidates have not made the picture much clearer. These exchanges soon transformed into bickering wars, with no real, undisputed “winner” emerging. This, of course, makes it much harder on the voter, for these debates are supposed to make voting less stressful. However, the contrary could be argued, for Hillary Clinton has a 91% chance of winning the Presidential Election as of October 29, 2016, per the New York Times.

Picking a candidate is not easy by any means, especially in this year’s election, for none of them have been regarded as a rock-solid option. But whatever choice you make will be the right one, for there is no right and wrong in the free and fair elections of the U.S.

But if you are still struggling to pick a candidate, there are more resources to aid in your decision. The website isidewith.com provides a quiz, in which it asks for your opinions on various political issues. It then compiles your input to tell you how similar you are, in your opinions, to each presidential candidate. This could help clear up who to vote for.

The Communiqué • Copyright 2020 • FLEX WordPress Theme by SNO • Log in