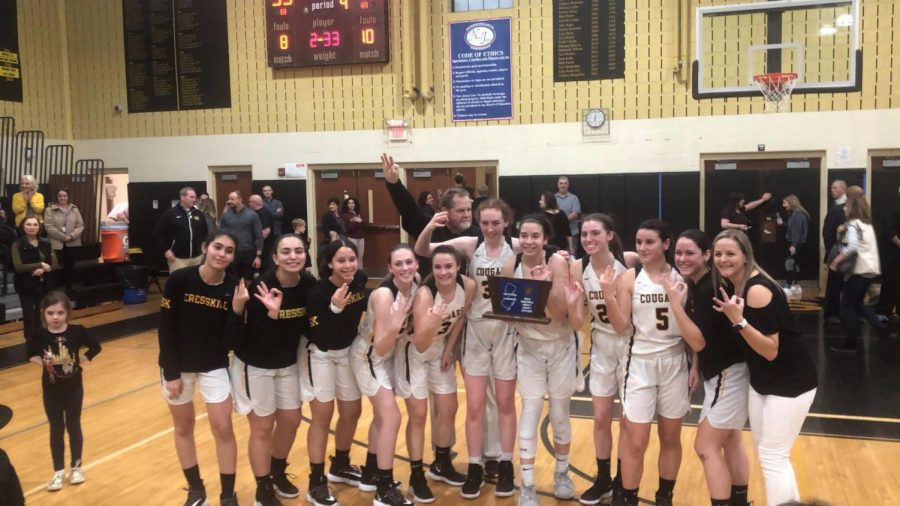 At the season’s outset, a decisive question loomed over the girls’ basketball team: could the Cougars, reeling from the departure of four pivotal players, sustain a two-year streak of winning league and sectional titles?

In 2019, the Cougars lost Courtney Madison, Sophie Green, Jen Garcia, and Jules Rogovich, and the pressure to fill hefty shoes would weigh heavily on the Cougars throughout the following season. Junior Colleen McQuillen admits, “We all knew the journey this season wouldn’t be easy.” Reflecting on the start of the season, she recalls, “There wasn’t a single person [on the team] that thought that we would make it to the final because of the group of senior starters we lost to graduation.”

But under the leadership of co-captains (and top returners) Lauren Coffey (‘20), Elley Wells (‘20), Annie Mioli (‘20), and Colleen McQuillen (‘21), the Cougars managed to push any doubts aside and focus their energy on honing their skills on the court. Colleen reflects, “We worked everyday and gave 110% every time we stepped on the court. We all embraced the challenge.”

In particular, the Cougars began their trek toward the league title by switching things up on the court: the starting five underwent some drastic changes, with Lauren Coffey (‘20), Annie Mioli (‘20), and Niamh Tobin (‘22) stepping up this year. Coming off the bench as well was Angelina Doto (‘23), whose powerful three-point shots totaled to 15 by the end of the season. 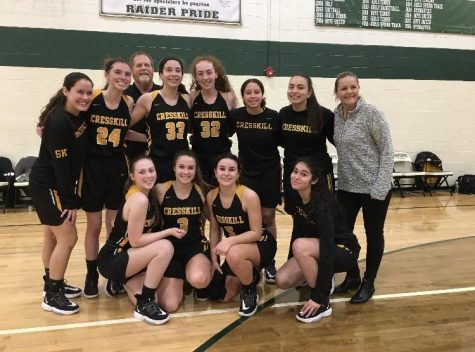 Ultimately, the team silenced disbelievers and cemented their legacy by winning both the league and sectional titles, making it their third consecutive year as reigning champs. The team additionally swept an array of awards, as Doto — first off-bench — as well as all five starters were awarded with All-League status: McQuillen and Mioli were recognized with First Team All-League, Wells, Coffey, and Tobin with Second Team All-League, and Doto with an Honorable Mention.

However, the season hardly stopped at the sectional finals.

Coach McCourt ensured the girls were constantly challenging themselves, arranging for them to play highly-seeded teams such as IHA and Paramus Catholic. Moreover, McQuillen reached personal new heights: for a second consecutive year, she was awarded Athlete of the Week, even as she scored her 1,792nd point, broke the school’s all-time scoring record for boys or girls, and scored her 2000th point in the NJIC North 1 Group State semi-finals. Her outstanding performance didn’t go unrecognized by the media, either: ESPN highlighted one of her plays.

The Cougars went on to make history: after emerging victorious at the Group 1 semifinal game, they advanced to the Group 1 state finals — the first time the Cougars have done so in 23 years. Although the state finals were unfortunately cancelled out of an abundance of concern over the COVID-19 outbreak, the girls ultimately finished their season with a stellar record of 23-6.

Overall, this season proved once again that the girls basketball team is a force to be reckoned with.