The Impact of COVID-19 on Higher Education 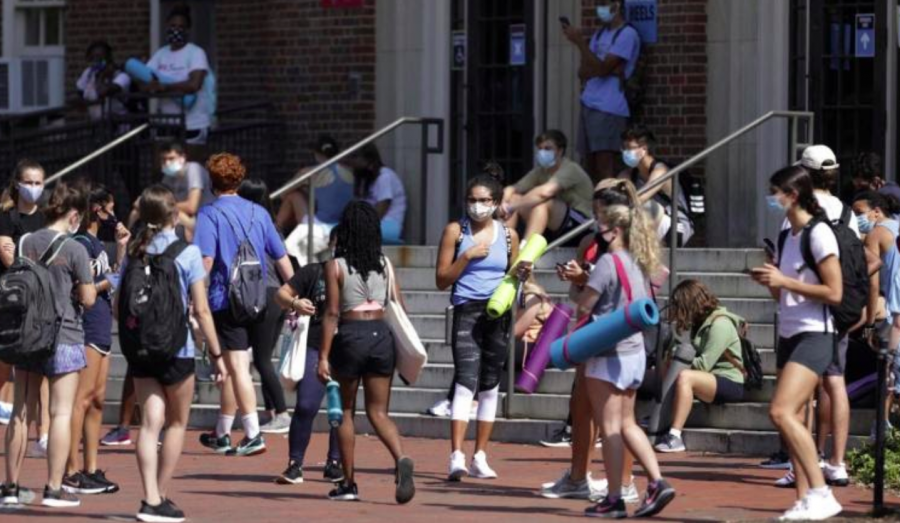 Higher education has been greatly affected by COVID-19 like so many other major parts of everyday life. Colleges and universities are swimming in uncertain waters as they scramble to deal with a multitude of issues such as financial strain and the loss of students, all while trying to make sure their students receive the education they applied for. The future of higher education is unclear in the wake of this crisis.

Students’ applications will look very different this year and the years to follow. Some students may be missing SAT and ACT scores or a semester or two of grades. Some high schools switched to pass/fail grading or closed altogether. Some students’ grades may also not be as accurate during the semester(s) that were online. Some admissions may also be missing out on at least a semester’s worth of extracurricular activities such as sports, volunteering, band, etc. With the absence of so many major factors of a college application, recommendations and essays will be scrutinized more closely than ever before. Admissions officers will have to try to piece together what kind of student a person is by whatever they are able to offer; they will have to attempt to locate academic patterns in a student. Many schools such as Duke University, Michigan State University have decided to be test-optional for 2021; controversy has surrounded the ACT and SAT for some time now, so it is possible that this will begin the downfall of the tests. The future of these standardized tests is uncertain. It will be difficult for both students and colleges to figure out how they will make do with applications, but this is new territory for everybody; we are all figuring it out as we go.

COVID-19’s impact on the economy is leaving many students weary of how they will afford college tuition and/or pay off their student loans. Many people’s financial standings have been compromised because of losing their jobs due to Corona and don’t have a stable income. According to a survey by OneClass, which polled more than 10,000 current freshmen, sophomores, and juniors from 200-plus colleges and universities across the country, 56% of college students say they can no longer afford their tuition tab. Approximately half of all undergraduates said they need to figure out a new way to pay for school. Furthermore, nearly 7% of students have already had to unenroll to find full-time employment or alternative education options.

Colleges have been offering different plans of action on how to follow through with classes. Some are doing fully-remote, others hybrid, and some fully in-person classes. However, many of the colleges that pledged to do in-person classes have had to ultimately make the decision to switch to online. Institutions that believed they could open safely are realizing they lack the resources that are necessary to effectively control the spread of the virus. Many students feel they are paying a tuition fee that is not worth the experience they are receiving. Some students are paying a substantial amount of money to get their education at home through a laptop. Plenty of colleges including but not limited to Boston University, Cornell University, and Penn State University have even been sued for tuition refunds. Other college attendees are outraged that they paid for living arrangements that are now unavailable. Many are paying rent for vacant apartments and signed leases for the 2020-2021 school year.

Colleges and universities are experiencing significant pressure on their finances during this pandemic. In some cases, staff and employees at schools have faced temporary pay cuts and furloughs. Some schools may not be able to recover from the financial losses sustained during the spring semester. Some small institutions may need to close or merge, whereas larger institutions may need to reduce significant numbers of faculty and staff or reduce their pay and benefits. The loss of students taking gap years, international students, etc. is resulting in a deep dent in the pockets of colleges. Additionally, fewer scholarships are being offered, suggesting fewer opportunities for students. A large part of college and university scholarships is commercial companies that offer scholarships. Many commercial companies have been forced to cut their budgets due to COVID-19 resulting in the decrease of scholarships.

Nearly every aspect of life has been affected by COVID-19 and higher education is no exception. While the future of colleges and universities is uncertain, it is clear that they are doing their best to navigate these difficult times while news of the pandemic unravels.