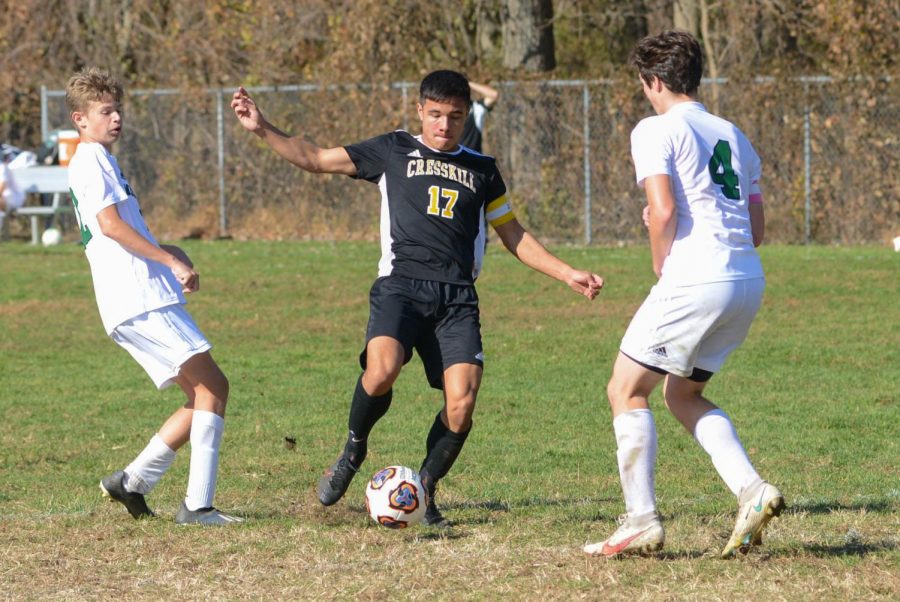 Tilp is the first student in Cresskill High School’s history to receive this award. He considers this to be a “tremendous honor,” noting the “many outstanding players” throughout Cresskill’s past. Brandon remarked that “this is probably [his] greatest achievement regarding high school soccer as [he is] the first one to ever get it.”

In order to organize the different sports teams and competitions, New Jersey is divided into various categories based on several factors. One of the categories is divided based on the school’s size, with Cresskill falling into Group 1. Group 1 consists of 104 of the smallest schools in New Jersey.

To make the First Team All-Group 1 team, NJ.com sends scouts to the higher profile games, such as state tournaments in New Jersey. The scouts then identify players who stand out in skill and choose 11 players to form the First Team All-Group 1 New Jersey Team. This team consists of three forwards, four midfielders, three defenders, and one goalkeeper. Tilp, a center back, was nominated and selected for one of the three defender positions on the First Team. In short, the senior is considered one of the best defenders from a Group 1 school in all New Jersey.

Other than this, Tilp has received other accolades this year. This includes making First Team All-League, Third Team All-County (all 284 schools in Bergen County), and being selected to play in the Bergen County All-Star game (two teams made up of the best players play each other in a scrimmage).

Other Cresskill student-athletes to make an All-Group 1 team include junior Jean Paul Solano and sophomore Cameron Raymond on the Second Team, and sophomore Jacob Lee as well as senior Jason On on the Third Team.