Did Naomi Osaka Make the Right Decision by Withdrawing from the French Open? 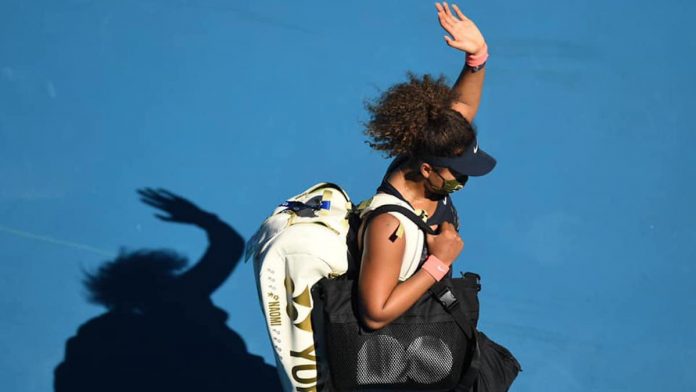 Throughout the long history of sports, society has drawn weak viewpoints towards  high-profile athletes withdrawing themselves from sporting events for any other reason than a physical injury, however, Naomi Osaka, a professional Japanese tennis player, built up the courage to do just that. Recently, Osaka withdrew herself from the French Open, after disregarding one of her mandatory press conferences, in order to avoid her anxious thought patterns and for the overall sake of her mental health. The French Open, a monumental tennis event that annually takes place in late May, allows professional players from all over the world to prove their ability and competency to those watching. But as much as Osaka anticipated boosting her career through playing this year, she decided, for once, it was best to prioritize her own self-care over others.

After announcing her withdrawal from the event on social media, thousands of her fans have been accentuating her significant role in implementing the further acceptance of mental health issues in sports. Several prominent figures, such as Will Smith and Stephen Curry, are supporting her in every step she takes along her mental health recovery. Currently, many are advocating how more sporting events should be more inclusive when it comes to the negative effects that they are plunging into their athletes’ mental health.

While Osaka wasn’t planning on thoroughly speaking about her personal experiences with mental health, she felt the need to justify her actions after the overwhelming piles of resentment she was receiving from the media. Within her post, she mentions that her “bouts of depression” have been constant ever since the US Open in 2018, ultimately implying that this event was a potential cause for her mental health issues. She avoided blaming anyone for her withdrawal, and simply stated her personal reasons as to why she opted out this year, thus proving that what she’s mentally going through exceeds in terms of importance compared to this tennis event.

To every story, though, there are always two sides, and many believe that the organizers at the French Open handled this situation deficiently on their part. Instead of being understanding towards Osaka, these organizers decided to fine her $15,000 for her failure to show up, as the press conference rules have been stern for this event. Not only was she fined monetarily, but she also faced career and disqualification threats from all four annual Grand Slam Tournaments, further demonstrating the stringent nature of these events. Yet, despite their uncompromising approach towards Osaka’s withdrawal, Gilles Moretton, the French Open Federation President, still remarks to The New York Times that, “We did it the right way… we did the right choice, even if you feel like we shouldn’t say anything… regarding Naomi.” These officials are defending their stance on this issue, further proving their ignorance and unawareness towards their athletes who are facing mental health issues.

While Naomi’s withdrawal may be upsetting for us from an outside perspective, it’s important to consider the arduous nature of her mental health, and the effect that this has on her. If we were to put ourselves into her position, many would agree that it’s unfair to have to feel apologetic for taking an action for the sake of one’s mental health. Naomi was one of the first to stick up for herself in this type of situation, and there will certainly be a pattern of more athletes who are anticipating being next.