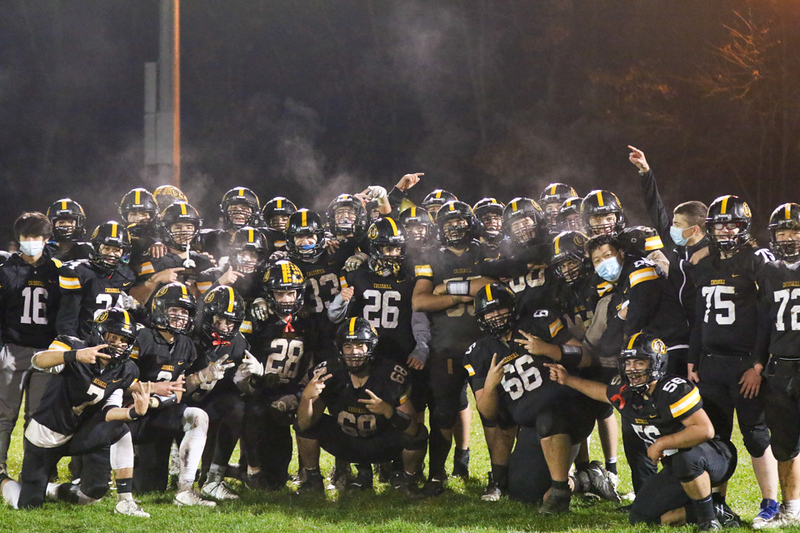 After years of consistent success, the Cresskill football team faces a new problem, a lack of returning starters.  The Cougars will only have four players who have started in varsity games in the past.  All the other players will be playing varsity games for the first time.

This is a cause for concern for many reasons.  Firstly, players who have not played many games together on a high level have not developed the proper chemistry and teamwork that is required to win games.  Secondly, the lack of varsity experience on the team means that there will be a major adjustment period.  The transition from JV (junior varsity) to varsity is a serious change.  The level of competition is much higher and the importance of winning games becomes much more prominent.  During this adjustment, players will have to work extremely hard to be able to compete at such a high level.

When interviewing Nicky Coleman, a rising senior and captain of the upcoming 2021/2022 football team, he thinks that the team has the ability to win a lot of games, but that it will not be easy.  He believes it’s going to take some time before all the players know the playbook and are comfortable with it.  Nicky also believes that all the first year starters need to be prepared for the high levels of competition.

In another interview with Dominic Wanderlingh, a rising junior and player who is predicted to play a major role on the team, he believes that the team may struggle in the very beginning, but that everyone will eventually come together and become a great team.  He stated that he is extremely excited to play this year and is ready for whatever comes his way.

In an interview with another rising junior, Jake Hasenstab, he believes that the team will be very successful if everyone works hard and studies the different plays.  Jake believes that the lack of experience will either cause players to give up, or work even harder.  He also thinks that this is also a blessing in disguise.  Because of the many first year varsity starters this upcoming season, there will be many experienced players next season.

As part of the football team myself, I am very excited to see what the upcoming season has in store.  I will also be a first year varsity player and I am ready to learn and gain experience on a higher level.  After all the work my teammates and I put into this offseason, I believe that our team can be very successful.  There is much anticipation to see what happens during our first game against Waldwick on September 10th.  As Dominic puts it, “Man I’m pumped for the season!”